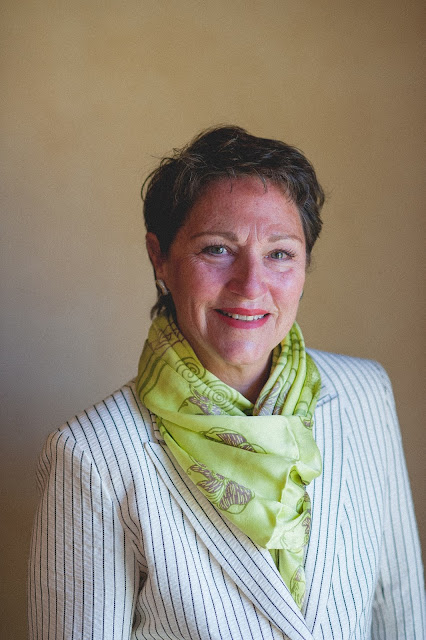 Beverly B. Gordon, beloved wife, treasured friend, philanthropist, and longtime Sussex County resident passed away on August 27, 2020.  She will be deeply mourned by her adoring husband of 35 years, Bruce Gordon, and remembered by many not only for her extensive philanthropic work but for her warm, vivacious, and caring personality. Beverly had a deep appreciation for beauty, wherever it could be found. Her passion for architecture and design, her numerous artistic talents from watercolor painting to floral arrangement, and her flawless personal style all reflected this. She was that rare individual who could be equally at home at a racetrack or dancing to the tunes of her favorite local band, Snake Oil Willie, as she was enjoying gourmet food at the most sophisticated events. Those blessed to know her friendship will remember it as an all-encompassing wave that swept over not just that person but everyone in their orbit. Her huge heart extended to animals as well as humans; Beverly was often seen traveling with her beloved canine companions. At all times Beverly carried herself with elegance and grace as well as humility, embodying the famous words of Eleanor Roosevelt, “For our own success to be real, it must contribute to the success of others.” 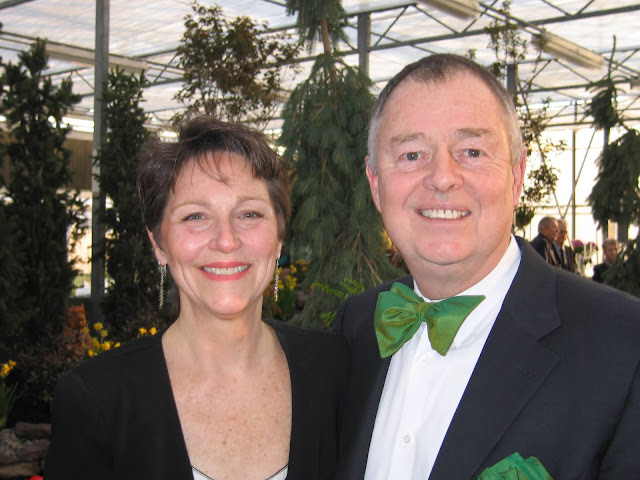 Bev, as she was affectionately called by all who knew her, was born in Burlington County and spent her youth in Ocean County.  She was the daughter of Donald and Helen Bock.  She met her husband, Bruce Gordon, in 1979 and they were married in Stillwater in 1985 at the home of Bruce’s sister, Debbie. Though not a native of Sussex County, Bev’s love for her adopted home was unmatched. She truly and deeply loved the people, the land, and the history of this community and leaves behind an indelible legacy here.  As much as Bev loved her community, there are many here who loved her equally and will mourn her loss. 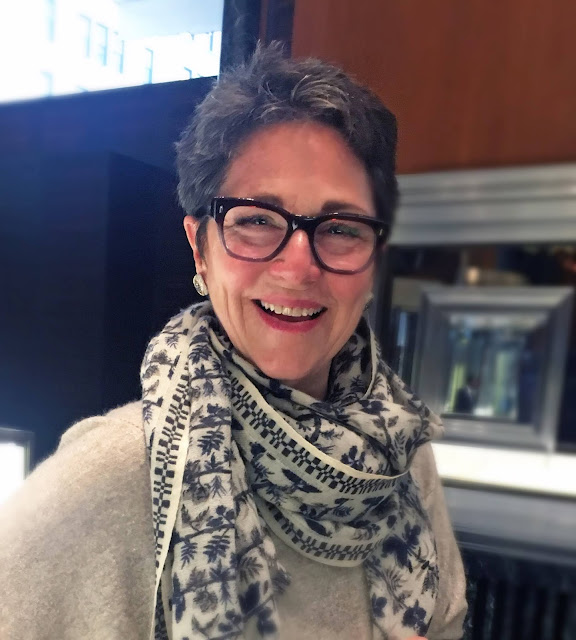 Bev’s loving imprint can be found in the myriad projects and community organizations she supported along with her husband, Bruce.  Bev and Bruce’s adventures together ranged from motorcycle rides and time spent at their lake house to actively supporting causes and institutions throughout Sussex County. They spearheaded the design and installation of the Conservatory at the Sussex County Fairgrounds, which was donated in honor of Bruce’s parents, Elizabeth Houskeeper Gordon and B. Douglas Gordon. Bev also contributed her immense talents to the recently remodeled North Shore House on Swartswood Lake, as well as numerous homes throughout the area.  The Gordons were also benefactors of Project Self-Sufficiency, Domestic Abuse and Sexual Assault Intervention Services (DASI), Christ Church Newton, Newton Medical Center, Boy Scouts of America, and countless other local organizations. These numerous contributions will stand to benefit future generations and keep Bev’s memory forever tied to our community. 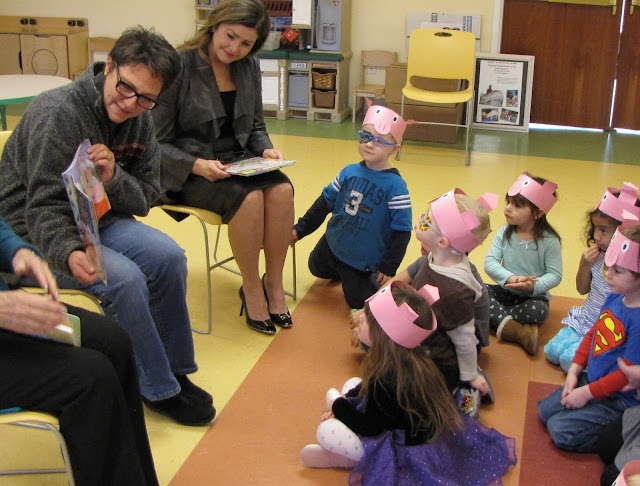 It is hard to find a cause involving women and children with which Bev was not actively involved. Bev began her community service in Sussex County by volunteering for DASI.  In addition to financially supporting programs, services, and projects both large and small at DASI for over 25 years, Bev served as a Volunteer Legal Advocate for several of those years. In that role, fully functioning as staff but accepting no pay, she helped hundreds of victims of domestic violence navigate the legal system and understand their rights under the law. Her work at DASI was not only a valued gift to the organization, but critical to the safety and well-being of those individuals and their families. As a breast cancer survivor, Bev also co-founded a support group for breast cancer patients and survivors at Newton Medical Center.  Her volunteer efforts were always driven by a deep personal connection to the causes she supported and profound empathy for those she served. 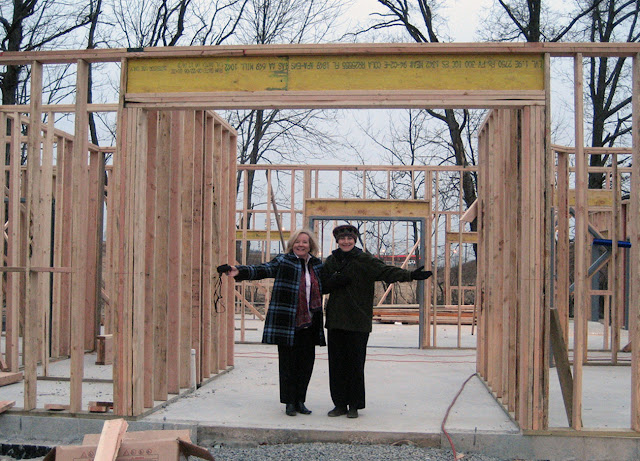 There is almost no place you can turn in Sussex County without seeing Bev’s influence, but her contributions are nowhere more evident or impactful than in her work with Project Self-Sufficiency. Bev, who had moved to Sussex County as a single mother juggling multiple jobs, felt a strong connection to Project Self-Sufficiency’s mission of empowering vulnerable families. She began to volunteer her time there, first joining the Board of Directors in 1996. Bev began helping out with the annual Taste of Talent fundraiser the following year, eventually becoming its Co-Chairperson. During her tenure as Chair, the event grew tremendously. Bev used her charm and compassion for low-income families to coax some of the finest chefs in the Tri-State area to make the trek to Sussex County for A Taste of Talent, adding more and more restaurants each year. Every element of the event bore Bev’s distinctive stamp, from theme to decorations to table linens. She not only donated but designed and created stunning floral centerpieces for the event each year, working with her dear friend Louise van der Haeghen. 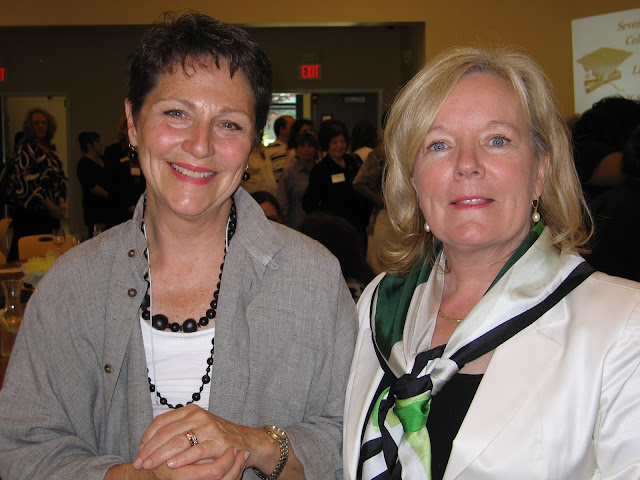 In 2002, Bev assumed the role of President of the Project Self-Sufficiency Board of Directors, a role she held for nearly two decades. It was as Board President that Bev helped to launch the agency’s first-ever Capital Campaign, culminating in the beautiful four-building campus Project Self-Sufficiency occupies today. Demonstrating the depth of their financial commitment to this project, the Family Counseling Center bears the name of Bruce’s parents, B. Douglas Gordon and Elizabeth Houskeeper Gordon. Making it a true family affair, Bev and Bruce enlisted the support of Bruce’s sister Betsy Gordon, in whose honor the building housing Little Sprouts Early Learning Center is named. Along with the Gordon family’s transformative financial contributions, Bev worked tirelessly on every aspect of the building project, down to the smallest details of the bathroom tile. Bev devoted her keen eye for beauty to creating a space families in need could turn to and feel dignified, hopeful and welcomed.

Bev’s hands-on approach to philanthropy meant she was present at any and every event celebrating Project Self-Sufficiency participants, staff or volunteers. She would always offer heartfelt closing remarks, which inevitably ended in tears. Though she knew this would happen, Bev never once turned down an opportunity speak and share her admiration for families fighting to overcome obstacles. She carried this tradition on right up until the March 2020 graduation ceremony for the New Jersey Youth Corps program. This is a memory the many Project Self-Sufficiency staff members, volunteers and participants who were inspired by her warm presence, heartfelt words, and selfless devotion to others will hold dear. They will take comfort in knowing Bev’s presence will always be embedded in the work they do and the beautiful campus they enjoy. In the bloom of the cherry blossoms each spring, in the laughter of the Little Sprouts students on their playground, in the spark of hope in each pair of eyes that appear at the PSS doorstep, Beverly Gordon will remain woven tightly into the fabric of Project Self-Sufficiency. 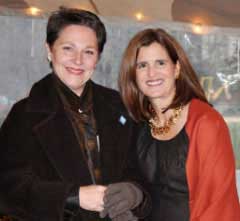 Bev received numerous accolades for her philanthropy, perhaps none more prestigious than being named as New Jersey First Lady Mary Pat Christie’s inaugural “New Jersey Hero” in 2010.  In 2002, Bev received the Michael J. Holub President’s Award from Project Self-Sufficiency as well as the New Jersey Displaced Homemaker Advocate Award from the Displaced Homemakers Network of New Jersey.  Along with her husband, Bev received the Sussex County Chamber of Commerce Philanthropic Award in 2007 followed by Project Self-Sufficiency’s Gems of Sussex County Award in 2008.  In 2015, Bev was profiled by the New Jersey Herald as part of New Jersey Medical Center’s “15 Year for Women” initiative in recognition of the positive impact she had made in the community.  Bev and Bruce received the Distinguished Citizen Award from the Boy Scouts of America Patriots Path Council in 2016.  Never one to enjoy the spotlight surrounding these accolades, Bev found joy in serving low-income families, particularly women and children, and watching them thrive because of her efforts. 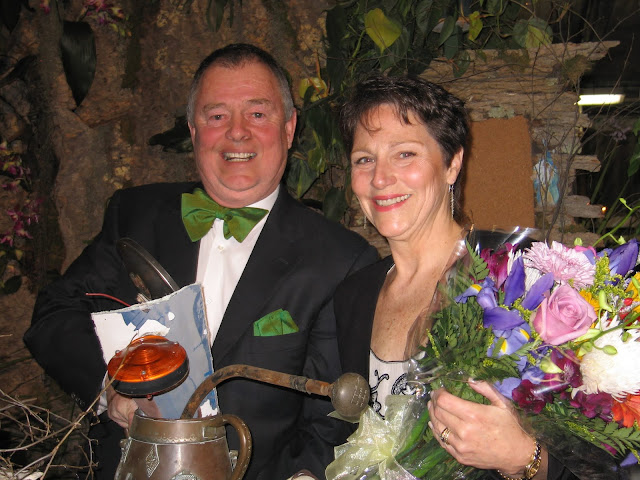 Bev’s compassion for all families was driven by the enormous love she had for her own family. She was a devoted daughter to her beloved parents, Don and Helen, and a loving mother to her son, Paul. She took great pride in her three granddaughters and delighted in her tradition of taking each of them on a special trip to celebrate their sixteenth birthday. Above all, she cherished her husband Bruce, her partner in life and love. The two were a near-inseparable team, sharing deep affection for one another and endless devotion to their community. 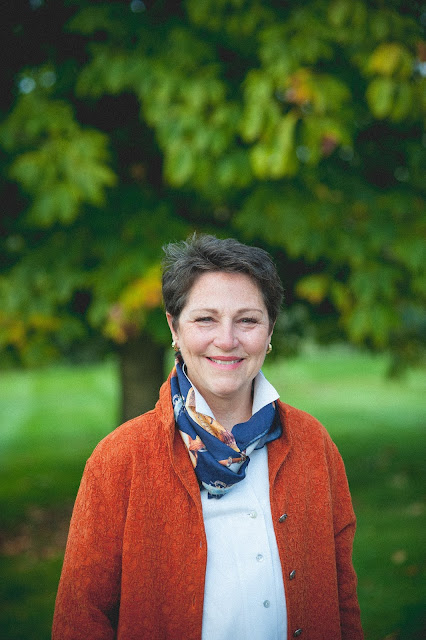 Bev was predeceased by her father, Donald Bock.  Bev is survived by her husband of 35 years, Bruce; her mother, Helen Bock, of Stillwater; her son, Paul Conway, of Wake Forest, North Carolina; her brother, David D. Bock and wife, Denise, of Cherry Hill; three granddaughters, Jaden, Jasmine and Jacqueline; her sister-in-law, Betsy Gordon, of San Rafael, California; her nephew Ryan Bock; and many devoted friends.

Memorial services for Bev will be private.  Those wishing to make a donation in her honor are encouraged to do so. The Project Self-Sufficiency Board of Directors has established the Beverly B. Gordon Endowment Fund to pay tribute to Bev’s legacy of compassion and generosity. Those interested in supporting the fund at Project Self-Sufficiency are encouraged to call Deborah Berry-Toon or Bruce Tomlinson at 973-940-3500.  Donations may be also be made in Beverly’s memory to the Karen Ann Quinlan Hospice.

Popular posts from this blog

May 26, 2020
Virtual has become the new reality at Project Self-Sufficiency in Newton as the non-profit agency has pivoted to serving clients via video chat platforms and over the telephone due to the ongoing public health crisis. In addition to distributing record amounts of food to local families, the agency is now hosting support groups, career workshops, parenting forums, and other helpful gatherings online. All services are provided under the auspices of the Sussex County Family Success Center , which is funded by the New Jersey Department of Children & Families . All forums are free and open to the public. Interested participants are encouraged to call the agency to obtain log in information.   Noted author, life coach and motivational speaker Diane Lang hosts Motivation Monday, covering topics ranging from stress management to combatting loneliness.   Tuesdays are devoted to playful sessions for parents and children and hosted by staff members from the agency’s Little Sprout
Post a Comment
Read more